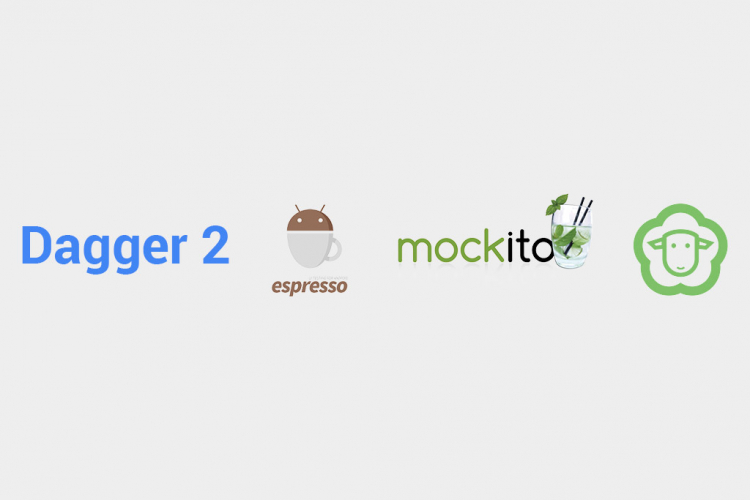 Anyone who has ever tried testing an Android project that is using Dagger 1 knows, that this is quite possible to override existing modules and replace them with test ones, e.g.:

Dagger 2 brings us @Component and @Module, annotations which imply less boilerplate code, but unfortunately, makes our project less testable. In this article, I’d like to show the project which is using Dagger 2 and is testable with frameworks like Mockito, Espresso or Robolectric.

Complete source code can be found on Droids On Roids Github

So let’s assume we want to make calculator. In this project we have application class, simply activity with view and it’s presenter and calculator class which holds our logic:MainActivity.java

Our application works now as a simple calculator with four operations.

We have our activity class with presenter that we’re injecting into:

We’d like to do some instrumentation tests with Espresso (no problem), and activity’s unit tests (big problem). Because we want to test only activity behavior in unit test, we’d like to replace injections with mocks. Before we’ll do it, let’s quickly get through dagger modules.

Until now nothing’s really different than in the other projects. But if you look at the source code, you’ll see there are additional four classes – TestAppModule, TestAppGraph, TestMainModule and TestMainGraph. That’s the key for module overriding in Dagger 2. We need to create test equivalent for every Dagger class, e.g.:

In our application class to define which mode we’re using now and to initialize proper graph we need to add boolean variable. After changing this class looks like:

Now we can init our test mode and use our activity with test dependencies in test cases:

Complete source code can be found on Droids On Roids Github