Droids On Roids Honored in the Forbes Diamonds 2018 List 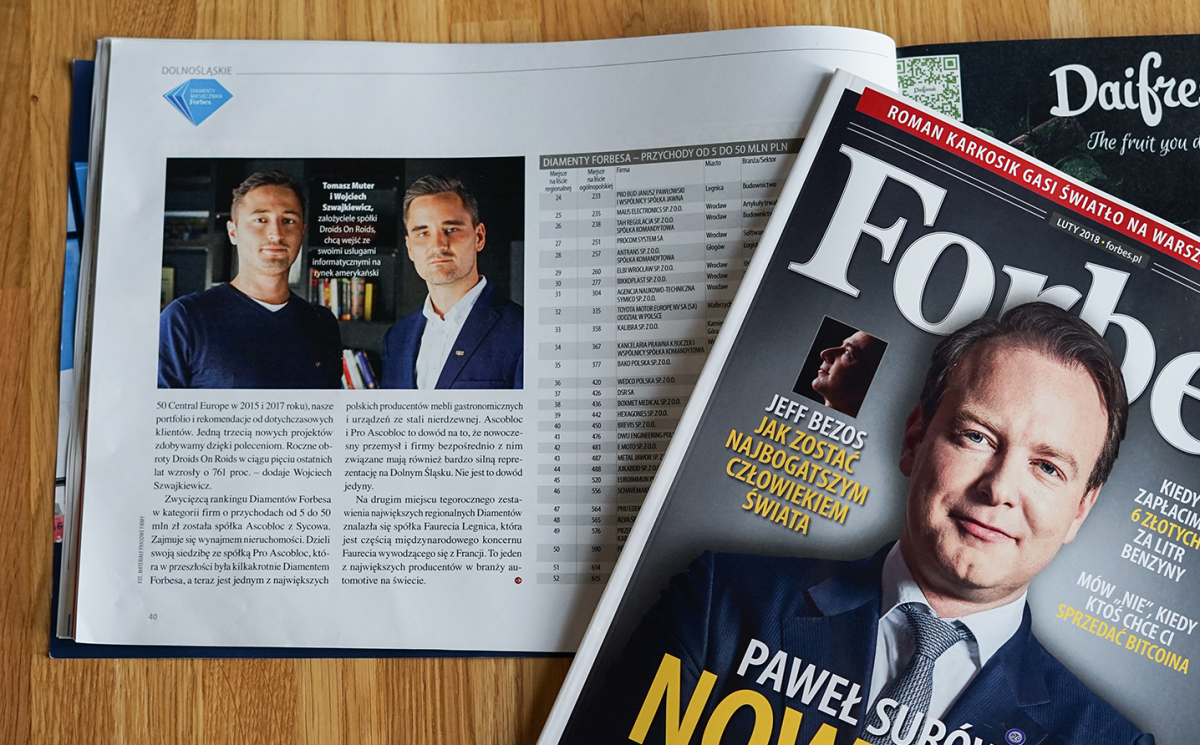 We are proud to be recognized by Forbes Magazine as one of the fastest growing companies from Poland! Droids On Roids is ranked in 5th place for Poland and 2nd for our region (Lower Silesia) in the category “Income between 5-50 mln PLN”.

Forbes Diamonds 2018 is the 11th edition of the rankings, which recognize the companies from Poland with the highest increases in value.

In the Forbes Diamonds report, you can read that:

– We owe the dynamic growth and Forbes’ award to our whole team. Our organizational culture creates the conditions that attract talented and passion-driven people. Specialists from our company often appear at IT conferences as speakers. What’s more, they organize cyclical developers and designers meetups, which are some of the biggest in our country – says Wojtek Szwajkiewicz, Droids On Roids CEO.

– Thanks to our team, we look into the future with calmness and excitement, ready for new challenges – adds Tomasz Muter, Droids On Roids Vice-president.

Forbes Diamonds is the fourth award given to Droids On Roids during the last 5 months. Read more: