Why Mobile App Development Industry Should Forget about Android KitKat

Do you want your app to be supported by Android 4.4 KitKat?
Learn why it’s a big mistake. 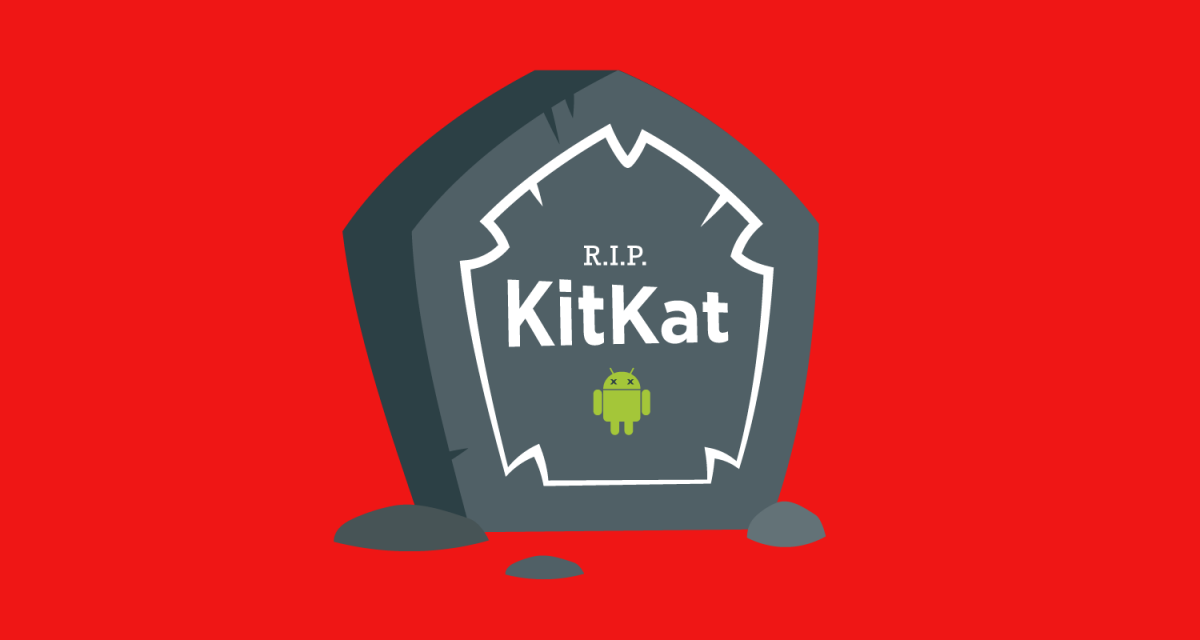 I love my job, I really do. One of the biggest benefits of being a Quality Assurance Engineer is a possibility to use, play, and test absolutely newest technologies when it comes to smart devices, wearables, and its features. Observing how fast the industry is changing, growing, evolving, and how it affects us is for sure a great thing to do and being paid for.

There is also one thing, quite opposite to the previous one. I have a good opportunity to meet Wall-Es of the mobile world and keep them alive. And honestly, it really grinds my gears, because that’s not what technology is about.

I’m amazed each time I hear that someone decided their brand new app should be supported on Android 4.4 or even 4.3.

I mean, I’m also a huge fan of KitKats and Jellies but let’s face the truth: Google has served us much more sophisticated things over the last four years. And besides, there are certain reasons why your new app actually should have nothing to do with Android 4.4 KitKat.

Material Desing. One of the most Android things you can think of. When picking the version your app should be available from, you must keep in mind that Material Design with its features (so eg. depth, colors, icons, emojis etc.) is only available from Android 5.0.

Can you imagine Beethoven listening to his Moonlight Sonata on a low-quality Bluetooth speaker? Then why is it fine to you when you have your app designed with all teeny-tiny details making it look splendid and release it on the system that doesn’t support them? Why even bother and waste time on the design quality then? That is why you should forget about Android KitKat.

Yup, one of those things we can’t imagine smartphones without. You should remember that Android 4.4 has much worse notifications solutions that its younger brother Lollipop. User can’t see notifications when a screen is blocked, they also don’t handle incoming calls so anyone who calls you actually interferes you and prevents you from using any app. Let’s move on to the third reason why you should forget about Android KitKat.

It’s obvious that Google tries its best for each Android release to be faster and less energy consuming, and there is no exception when we talk about 4.4 and 5.0. There indeed is a huge difference and if you don’t want to receive one-star marks on the Play Store from users because they consider your app slow and heavy then I believe there are at least 8 solutions to avoid such situation.

Speaking about efficiency. Do you remember what kind of devices was on the top four years ago? Oh, sweet scent of nostalgia. Low-quality pictures, front camera being there just as a gadget because you could barely recognize people on the pictures, those breathtaking 8GB of internal memory and full 1GB of RAM. For sure, a perfect environment for an app to show its full capabilities and be fully usable and playful. Yeah…

As humans, we tend to go forward with everything – which is good. However, Android users seem to break that rule when we look at statistics. But we can’t take the current situation for granted. Millennials don’t invest in legacy technology, they crave for newest one.

If your target group is not 40+ then I would like you to go now to any public place, a cafe, a cinema or just take the bus to the nearest university and observe what kind of devices your target group is using. I bet you won’t find a reasonable number of KitKat users (if you do, then make sure it’s not the University of the Third Age).

Finally. Of course, you may think that those problems are not yours but developers and testers who are responsible for the delivery of your app. This is true but believe me, from my own experience I know that adapting any application to Android 4.4 takes time, and time means money. Your money.

Of course, we can skip Material Design or other native solutions and mock them somehow, surely we can find all crashes, majority of bugs etc., but it really in best case scenario doubles development time.

If you care about that 7 % of KitKat users more than you care about your money that’s fine, but we must remember that no one downgrades, and no one buys old smartphones but rather upgrades and buys newer stuff so probably (and gosh I do hope so) Android 4.4 will disappear from charts within a year. Is that year really worth your time and money?

Right. According to the statistics 7% of all Google Play users in the past 12 months logged to the store using 4.4 and I admit it’s quite a lot considering those four years and 8 following Android releases.

But statistics do not explain this number. You don’t know whether they downloaded the latest version of Spotify or rather some granddaughter downloaded kind of “daily Diogenes’s quote” for her grandmother, or maybe smartphone used as the main phone in the office just needed another Floppy Bird makeover.

You never know and if you ask me, that 7 % are cases like this or just people who don’t really like to change their phone so often (four years, for heaven’s sake!), which means that if they are not really into modern releases they won’t be probably interested in your app. 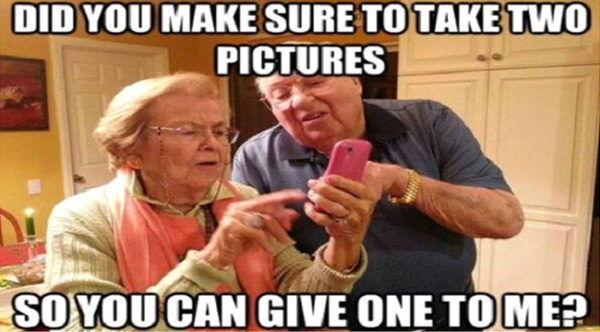 Yes, there is. I remember one brilliant ad from IKEA. It started with people collecting things to get rid with. Sad music in the background. A woman takes the lamp from the night table and drags it away, leaves it near the garbage container outside, in the rain, at night, sad music escalates, zoom in to the lamp which seems now to observe through the window its former family in a warm and cozy house. And then a man comes in and says “Many of you feel bad for this lamp – that is because you’re crazy! It has no feelings and the new one is much better”.

So, to sum up, a solution is in our hands – force people to throw away their retro devices and make them buy new ones! Once they aren’t able to install or use efficiently new apps they will change their phones! It is us who actually stop the industry, explanation why Android 8.1 is on the level of statistical error.

I would say that Android 6 is a reasonable choice. The most popular release currently which is fully understandable, released Q2 2015, considering that Android 9 is still brand new and few devices have it, it is absolutely fine to support third oldest version (if we skip X.1 releases for Nougat and Oreo) of the OS.

If I was to create my own manifesto as a person involved in the mobile app development that would be “x – 3” which means that we shouldn’t support releases older than third-oldest version, and shouldn’t buy devices that have the outdated OS in them. That would keep the industry going.