Achieve your business goals with a beautiful custom iOS application

You don’t have to spend time building your own iOS development team. Save time and start working on your iOS project right away with Droids On Roids – a world-class iOS app development company, offering complete, end-to-end, full-stack iOS app development services. We specialize in customized and scalable applications for iOS devices, including iPhones, tablets, iOS TVs, and more. Get a risk-free trial – try us for 2 weeks, retaining the rights to your code if you cancel the partnership.

Choose a reliable long-term partner for your iOS app development

With 9-years of experience in iOS app development, we can help you to achieve your business goals by bringing your iOS application idea to life and. We will accompany you at every step of your iOS app development journey – from clarifying your app idea, through launching it on the app store, right up to its maintenance.  Droids On Roids serves clients throughout the world, and have completed over 130 projects – both for startups and enterprises.

We use native iOS libraries and Swift & Objective-C programming languages to ensure the top performance of your native iOS application. What’s more, we also build and deploy fast, aesthetically-pleasing mobile apps with Flutter. Thanks to our 6-steps Quality Assurance process, your app will be built with the highest-quality and easily maintainable code.

Our top iOS app developers will treat your product as their own, making sure it will fulfill your expectations. With our proactive approach to the iOS app development, you can be sure to receive not only a mobile app you wanted but an even better version thanks to our suggestions based on the latest trends and our broad experience. 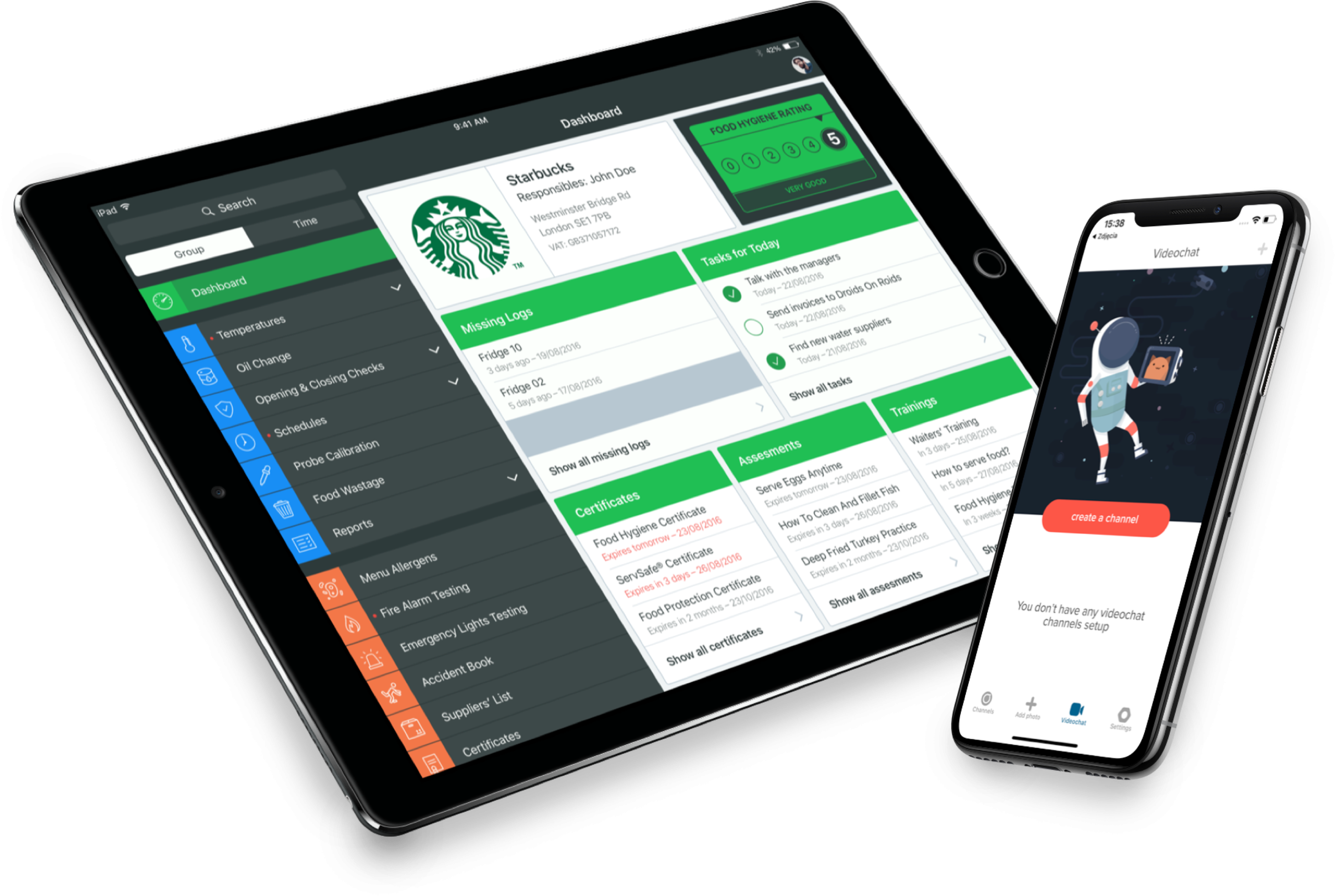 Get precisely what you need and how you want

Reach your customers across the entire spectrum of devices with iOS 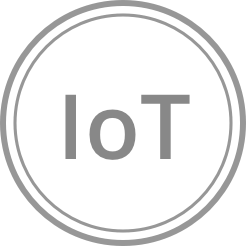 Let us take the whole development process off your shoulders

(Optional)
Crystallize the vision, prepare necessary documentation and get a detailed estimation

Get to know your team, choose tools you will use and start a mobile app development process

Get designs that will fulfill your needs and make your users happy!

Be a part of the team, working on creating your app in quality-driven process using Scrum methodology

Keep your app up to date, secure and stable at all times

A developer tells others about a new code part

Other developers check the code

The Feature is Done!

Whether your QA requirements are large or small, we will help adjust the QA process to best suit your project by recommending one of your Plans and Add-ons.

A meeting where the Scrum Team discusses and plans the Sprint

If the feature is done, we can start working on the new one!

Your iOS app in the best hands

Set your project live when expected, and within your estimated budget

Benefit from our cross-cutting experience in different industries 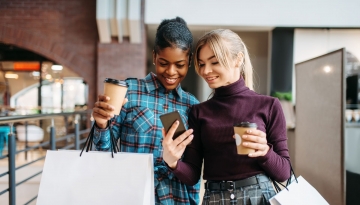 We take the whole app development process off your shoulders. Our services include everything you need to build a successful app

Are you looking for other services?

Everything your project needs in one place

Delight customers with a secure, yet user-friendly app built in Kotlin and Dart (Flutter) 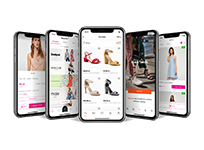 App Development Cost: How Much Does it Cost to Develop a Mobile App in 2020? 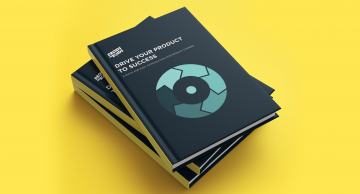 Free Ebook: Drive Your Product to Success – An Introduction for Product Owners

Start working on your iOS Mobile App right away!

ESTIMATE YOUR iOS APP ➜ or just write an email
Not ready for an estimate? Attend Product Design Workshop to clarify your vision and prepare the crucial documentation.

Why is it worth developing a mobile app for the iOS?

Apple’s system is known for its stability. The iOS platform crashes rarely, the battery doesn’t disappear in a moment, and, usually, it works the same on each phone, even if they have different screen sizes or ages. Thanks to this, iOS app development is faster because bugs caused by the system are less likely. Moreover, the user experience from using the app is better when the latter just works.

Every year, Apple pushes a new major system update to its users and it is astonishing how fast it lands on most of the devices. As the Apple statistics say, after one quarter from the release of iOS 13, nearly 80% of the devices run the newest system.

This helps app development because every system version sometimes needs additional support. Usually, when the development of the iOS app starts, both the current and previous versions of the system are supported, which covers about 95% of all iOS users.

iOS is a system rich in many features, using not only software but also hardware. Even though most of the apps show just content from the server, it is usually easy to add more powerful and unconventional elements, like AR support or taking images with deep sense.

There are also features which just make development faster, like multiple tool libraries that help with image processing, cryptography, or even Machine Learning. The system also provides its own synchronization system. So, even if the user changes their phone, the app stays the same thanks to iCloud backup and synchronization.

In the last couple of years, Apple has worked hard to show that the privacy of users is a top-level priority. iOS increases privacy protection each year by controlling access to the device’s sensors and providing a safe place for data, stored only on the device. This level of control might be sometimes oppressive and makes some of the features hard to develop but, thanks to this, users trust the apps installed on their system.

How much does it cost to develop an iOS mobile app?

In our experience, the best way to talk about the cost of iOS app development is by thinking about it in terms of complexity. And so:

This rough estimate can serve as your starting point in understanding how much it really costs to develop an iOS app. Read an in-depth analysis of mobile app development cost in 2020.

I want to keep my iOS app idea confidential. Will you sign an NDA with me?

Yes, we will always sign an NDA (Non-Disclosure Agreement) when a client wants it. We can do it at the very beginning before we even discuss your iOS project in any detail, or at another stage of the process. It’s completely up to you.

Do I have ownership regarding the code of my iOS application?

Yes, you are the owner of the Intellectual Property rights, including the code, at all times.

What are some of the top iOS applications developed by you?

See more apps in our portfolio.

Do you have any iOS apps in your portfolio similar to my concept?

We have completed over 130 mobile & web projects and we have strong background in developing iOS applications from various categories, including mCommerce, IoT, MedTech, FinTech, maps & transport, lifestyle, and digital transformation, amongst others.

The knowledge and experience gained in numerous industries for nearly 10 years mean that we are able to deal with the development of any type of iOS app. Check out our portfolio for more examples.

How does the design and development process work?

There are 7 crucial stages of the iOS app development process from a business point of view:

Read more about every stage in our guide through the iOS app development process.

Will you assist me to upload my iOS app on the Apple Store? How?

Yes, of course. We will upload your iOS app onto Apple Store. It is also a part of our iOS app development process. We will also guide you through the app setup on the store regarding marketing materials, descriptions, and legacy issues.

Do you provide app maintenance or just development?

Yes, we also do maintenance. iOS app development is just a start. During the iOS app maintenance, the development team implements app monitoring tools (e.g. HockeyApp, Crashlytics, Google Analytics, Firebase) to every product we’ve delivered. Thanks to these tools, we can detect any crashes, follow the app’s statistics, and plan product enhancements.

What if I need to change or modify my iOS app after launch?

We invite you to cooperate with us with ongoing iOS app maintenance. In this option, you can be sure that the team is available always when your project needs us.

If you do not decide on such maintenance, you can always contact us with a specific need, but whether we can help at that respective moment, depends on whether the team is available or their time is fully booked.

How many iOS developers do you have on board?

With these experts on board, we are able to take the whole iOS app development process off of your shoulders, so you can focus on business.

Where is your iOS development team located?

Our team works in one office in Wroclaw, Poland, which is one of the fastest-growing tech hubs in the world. Its location enables convenient and fast access from any city in the world. Read more about us.

How would you structure the team?

We adjust the team’s size according to your needs. A typical development team consists of 1 Product Owner (from your side), 1 Scrum Master, 1 Quality Assurance Engineer, 2 iOS developers, 2 Android developers (if you want also an app for Android platform), and 1 Business Analyst (optional).

Is it possible, at some point, to hand the code over to another team?

Yes. The code we create is very readable, well documented, and structured, which makes it easy to transfer your iOS project to another team if needed.

Do you have flexible hiring models?

You work with us on a Time & Materials basis. The total cost of a T&M project depends on the actual effort made towards the development.

In this model, you pay for the actual time the team spends on the development of specific tasks. You are in charge of the project’s scope and set priorities for the development team.

Why do we use a Time & Materials model? It ensures flexibility, a shorter time-to-market, and it allows for the Continuous Delivery of a software product. This approach ensures high-quality – your iOS app will be tested at every stage of development. Read more about Time & Materials vs Fixed Price.

Will I be getting regular updates from you?

Yes, of course. After every Sprint Review, you will get:

According to your preferences, you can take part in the Review meeting directly, or just get the above-mentioned information via e-mail.

What’s more, we use these good practices to ensure 100% transparency: