When I started my career as Scrum Master I really didn’t know what Scrum really is. I had just some basic definition of Scrum in mind, which in few words describes the main idea, Scrum framework. The deeper understanding came when I decided to start from scratch and read a book: „Scrum. The Art of Doing Twice the Work in Half the Time.” written by Jeff Sutherland, co-creator of Scrum. 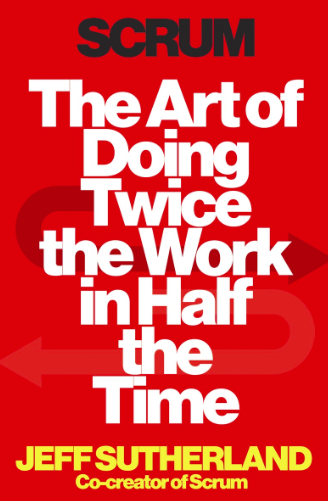 From military pilot to Scrum founder

The biography of Jeff Sutherland would be if not breath-taking, at least surprising to many. If I had to describe him before I’ve read that book, I’d say that he has to be a guy who simply devoted his life to IT business completely and having experience of 30 years in programming discovered that there are some things which could be done easier and smoother.

In fact, Jeff Sutherland had his first aha moment that later resulted in Scrum creation, during his service in the army. He was a military pilot during the Vietnam War and was one of the not so many soldiers who came back from the field safe and sound.

After 11 years of being a pilot, he started his science career and became a master of statistics who was spending a big amount of time in artificial intelligence laboratory. He also made Ph.D. studies in biometry and continued his science career in National Cancer Center.

His fame as ‘the expert in new technologies’ was really big and MidContinent Company which was at that time working on first cash dispensers offered him a job. He was hired as a vice president of advanced systems.

The first thing he did there was changing of the workflow. He implemented for the first time idea of work in sprints, the concept of backlog and the role of product owner. And in fact, he’s one of those, whom we owe presence of cash dispensers all over the world.

Later on, J. Sutherland worked as CTO and CEO in eleven IT companies. In the first four, he prototyped Scrum, in the fifth, he fully implemented the new framework he created. Nowadays, Scrum is used in 74% of Agile software companies in over 100 countries.

What Scrum is really capable of you can easily find on pages where Sutherland writes its’ implementation in one of FBI projects.

About decade and hundreds of million dollars it took to develop a new integrated management system for FBI that in fact didn’t work and didn’t even had half of the features it suppose to have according to the initial plan. Thanks to Scrum it was „fixed” for the budget leftovers and it engaged much less human resources than initially. 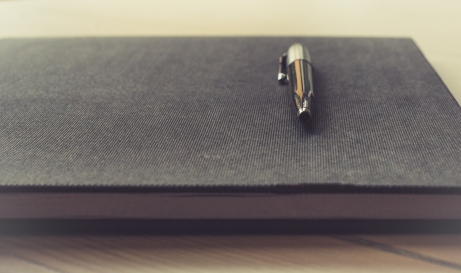 The book is packed with great quotes every Scrum Master should learn by heart. One of my favorites is:

I knew that cascade (Waterfall) method in Easel will delay the project for months if not years. We had to propose completely different approach. I went to CEO and told him that we need to throw out Gantt chart. He was shocked and wanted to know why.

He thought for a minute.

It’s so tempting: all work to be done in the enormous project presented in the way that all in can take a look at this. I visited many companies that were employing people whose only task was Gantt chart actualisation. The problem is that that this elegant schedule blow out in contact with reality.

But instead of waving or change approach, the management preferred to hire people to make the schedule seemed to be working. In fact, they paid these people for presenting lies.

Besides the obvious things you already know about Scrum, you will read many case studies where Scrum was an antidote for all problems – none deadlines were met, none budgets were sufficient, no one was happy about work that was conducted. Before the Scrum, there was chaos and lack of motivation.

All these stories are real-life statements how Scrum changes reality and way of work.

Although Sutherland mentions other methods/frameworks that are Scrum ancestor or relatives, inspirations (Toyota Production System, Lean Management, Set-Based Concurrent Engineering) after few chapters narration like: „I created Scrum”, „I found Scrum”, „I invented Scrum” started to irritate me.

I don’t want to play down merits of Sutherland, but many things that built the Scrum are also present in hundreds of organizations which simply don’t name it as Scrum ingredients.

What’s more, some Scrum rules are pretty obvious when you just think about it and very intuitive. But in few passages of the book where Scrum is presented not quite adequate (in my perception) almost as a new religion.

I wrote this last section just to make you my reader intrigued and to inspire you to read the book and judge for yourself. I’m sure that this book is one of these I would have in my hands definitely more than once.

It appeared that the book is a good Scrum knowledge compendium but also an interesting and pleasant story full of places that are amusing the reader and inputting not only to scrum work environment but also mind opening in different life dimensions.

If you are looking for something smooth, funny and inspiring to read, that’s the book for you. It’s written in light, amusing language far from the IT jargon so it’s also a great idea to give it as a present to anyone. Literally anyone. Because as Sutherland proves you can successfully use Scrum not only in IT but also when organizing wedding ceremony, in hospital management, government, churches and so on!

I hope you will enjoy this book as much as me. Feel free to post your comment below this post too, I would be delighted to read your opinion!