What are Flutter’s pros & cons in mobile app development? Is Flutter a good idea for every app? In this article, you will find essential information about Flutter for App Owners, Product Owners and everyone who wants to develop a mobile app.

Editor’s Note: This post was originally published in April 2018 and has been updated in December 2019.

Google I/O 2019 dedicated a lot of attention to Flutter and announced an almost overwhelming amount of news about this technology. Just to name a few:

Tim Sneath, Product Manager of Flutter made an aggregation of all the big news announced for Flutter in I/O 19: A roundup of Flutter news at Google I/O.

At the same time, the rate at which Flutter apps are published on Google Play continues to increase. Flutter is becoming a hot topic and, whether you decide to use it or not, if you want to develop or improve your mobile app, you should be aware of what Flutter is, as well as what pros & risks it carries. Let’s start with the basics.

Flutter enables a smooth and easy cross-platform mobile app development. You don’t need to develop an iOS and Android app separately. All you need is one codebase for both platforms.

Let’s go to the pros & cons of Flutter!

From the perspective of an app owner, the crucial advantages are as follows: Flutter speeds up the mobile app development process, reduces the cost of app production, and helps your team to build a beautiful app UI with smooth animations. Let’s take a look at it more deeply. We have prepared the below lists for you with Paulina Szklarska and Karol Wrótniak – our Android Developers who work with Flutter.

For developers, Flutter means faster & more dynamic mobile app development. We can make changes in the code and see them straight away in the app! This is the so-called Hot reload, which usually only takes (milli)seconds and helps teams add features, fix bugs, and experiment faster. It is one of the things about Flutter loved by every top Flutter app development team.

Hot reload is also very comfortable in developer-designer cooperation when we want to improve or experiment with an app’s look and check the effects on the spot. In other words, with Flutter, your designer or tester can work together with a developer on the UI, making changes – for example, “Put it 2 pixels right” or “Make the animation faster” – and see them immediately.

Most types of code changes can be hot reloaded. But there is a list of changes that require a full restart: Hot reload Limitations.

Whereas, in the case of native app development the project needs to be rebuilt and that takes much more time. You have to wait for every single change – sometimes, even up to several minutes.

2. One code for 2 platforms

Developers write just one codebase for your 2 apps – covering both Android and iOS platforms. Flutter doesn’t depend on the platform, because it has its own widgets and designs. This means that you have the same app on two platforms. Yet what’s important is that, if you want to differentiate your apps – it’s possible.

If you have the same app for 2 platforms, it means less testing! The Quality Assurance process can be faster. Because of one codebase, the developers write automatic tests only once. What’s more, Quality Assurance specialists have less work to do, because they have only one app to check. Of course, if your apps have some differences, they need to be tested on both platforms.

Flutter apps work in a smooth and fast way, without hanging and cutting while scrolling. If you want to understand why and how it works from the technical point of view, read this article. Also, check out this amazing page in the Flutter documentation that talks about best practices for app performance.

5.  Designs which your users will love

Flutter is designed to make it easy to create your own widgets or customize the existing widgets. Here you can browse a catalog of Flutter’s widgets and view, for example, Material Design widgets and Cupertino widgets.

Your new app will look the same, even on old versions of Android and iOS systems. There are no additional costs for supporting older devices. Flutter runs on Android Jelly Bean or newer, as well as iOS 8 or newer.

Do you need an MVP (Minimum Viable Product) for your app to show it to your investors? Flutter will be perfect, especially if you have little time.

If you want to see some apps built with Flutter, check out the Flutter Gallery app, which is a demo of some of Flutter’s features, widgets, and vignettes.

Does Flutter have any cons? 3 risks for mobile App Owners

Edited: Flutter is no longer in beta

On May 2019, Google announced the availability of the new stable build, Flutter 1.7.

2. Libraries & support – impressive, but still not so rich as for the native development

Google support for Flutter is impressive, and there are many helpful libraries with functionalities ready to be implemented. But Flutter is still new and not every functionality which you need can be found in these libraries. This means that your developers would need to build them by themselves, which can be very time-consuming.

Here you can find Flutter Packages – a list of features ready to be added to your app. What’s important is that these packages are checked, analyzed and rated for factors like health, popularity, and maintenance.

However, we  see that the support for Flutter is improving at a rapid pace. What’s more, the Flutter team is actively involved in supporting Flutter users by frequent solving and answering requested issues.

For now, Flutter is not widely supported by CI platforms like Travis or Jenkins. So, to achieve automatic building, testing, and deployment, your development team needs to use and maintain custom scripts like this one.

Is Flutter a good idea for every kind of mobile app?

There are a few cases when it’ s worth to consider if Flutter will be a proper solution:

Wrap up & our recommendation

In our opinion, Flutter has many more advantages for business and development teams than risks. It’s a great chance to build beautiful, high-performance, and outstanding mobile apps that fit your custom needs and requirements. It’s worth considering Flutter, especially if you want an app both for iOS and Android.

What’s more, it can save you time & money. Flutter 1.17 is already available, so it is worth at least to give it a try!

We also asked our friend – Tomek Polański – for his opinion about Flutter. Tomek is a Senior Android Developer at Groupon and, at the TOAST – Android Developer Meetup #17,  he gave a presentation: “I convinced Groupon to Flutter. Do the same with your company”. Here’s what he said:

Flutter is perfect for creating a customized application experience. Time and time again it has been shown that award-winning applications (MWC’s Glomo Awards, TIME’s Best Apps of the Year and the Webby Awards Mobile Apps) focus on delivering beautiful custom experiences rather than the pixel perfect native iOS/Android look – and Flutter delivers on this.

On one hand, you have the ability to create a simple UI rapidly and, on the other, Flutter is a powerful tool to create beautiful custom applications thanks to its extensibility. The thing that I’ve found positively surprising is that we have communicated that developing applications in Flutter is much faster than native, product people were still astonished that’s true in practice.

We wish you good luck with Flutter! If you already have tried it out, share your impressions and leave a comment 🙂

LET'S TALK ➜ or just write an email
Not ready for an estimate?
Attend Product Design Workshop to clarify your vision and prepare the crucial documentation. 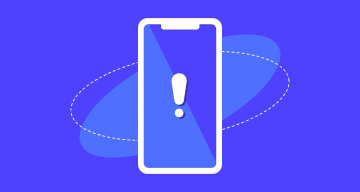 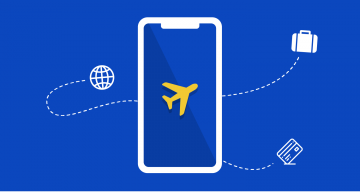 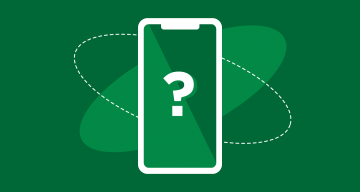 What Is a Mobile App? | App Development Basics for Businesses