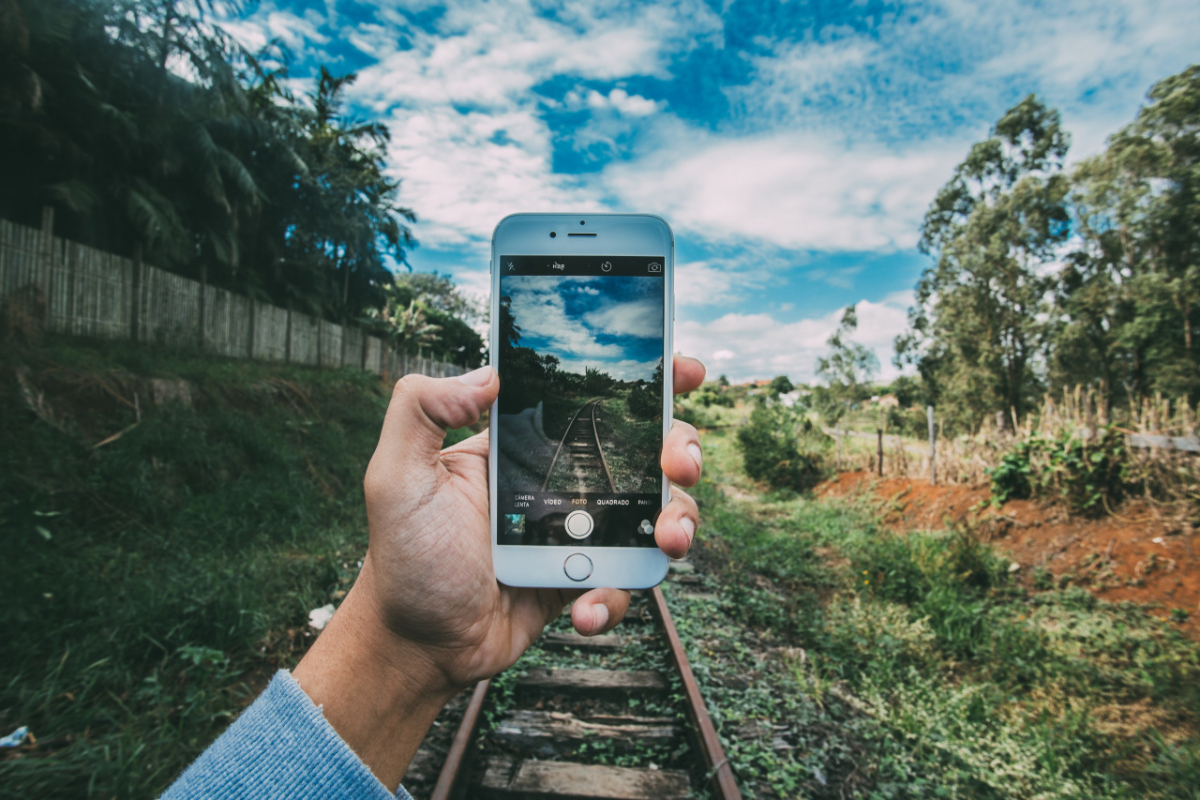 On June 13th people were sitting in Bill Graham Civic Auditorium and waiting for the biggest Apple developers feast of the year – WWDC. They spent a lot of money, travelled thousands of kilometres, wrote myriads of lines of code to be a part of this memorable event, to hear what’s new in Apple devices microcosmos first-handy. And we waited too, the team of Apple enthusiasts, developers in Droids on Roids, before the screen in our office in Wrocław.

The keynote was divided into parts presented by different leaders from Apple. One by one they were showing fresh features in watchOS, macOS and obviously most awaited iOS – the heart of whole Apple integrated devices network. That part, in particular, attracted our attention – as the iOS developers we need to be on the top of the innovation to be able to suggest to our clients’ anything that could improve the user experience of theirs products. With that focus in mind, let’s discuss the most interesting features that we saw this year during WWDC.

Raise to wake up 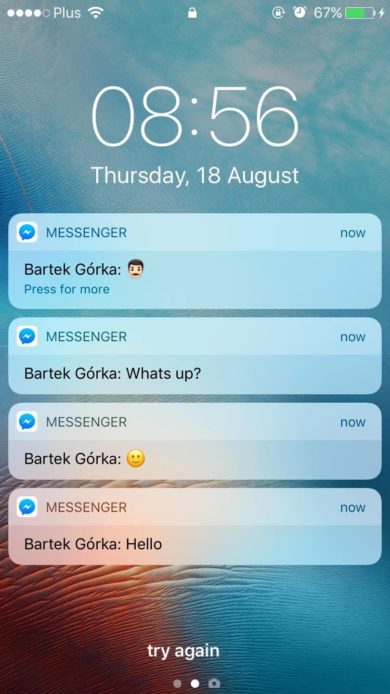 TouchID is a fast and comfortable way to unlock your iPhone but often users complain about not having enough time to look at stored notifications on the screen. In iOS 10 you’ll only need to pick up your iPhone from the table or bend your wrist to wake up. All your notifications are waiting for you – some of them ready for quick interaction, which leads us to:

From iOS 10 well-known notifications on locked screen will gain a second life. So far applications informed users about interesting events with push notifications that contained only a few lines of text and app logo. That solution was not very sexy and popular on wide range ForceTouch – what may be the best change to iOS 10 notifications is the ability to clear all of your old notifications. Redesigned notifications can contain photos, videos and allow to send a reply. That interaction without the application turned on, has a big positive impact on the way the apps are being used. It’s great and most desirable characteristic of the user experience. Apple follows this path and gives the user access to widgets of the main application. Bravo! 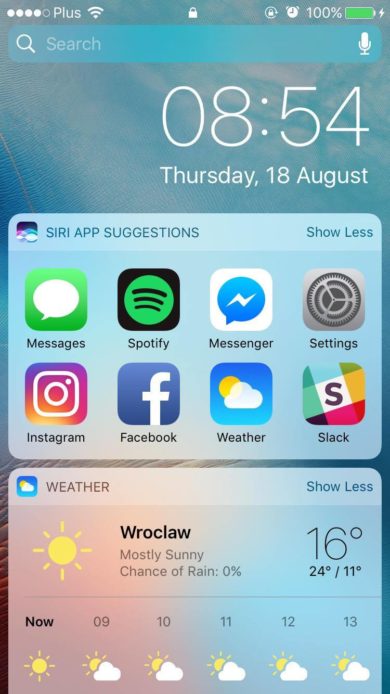 Touched widgets were changed too. In the previous versions of iOS, you can find widgets in notification centre field and they could only feature one app, calendar for example. The upcoming version of iOS will not only change the place for widgets but additionally force a redesign of these to be able to use ForceTouch. You could use that in apps like Calendar, Weather and Stock – just a quick glance would be enough to know the info you need. Widgets might be extended by some parent app functionality like playing highlights from basketball match. Another new feature, the appearance of animated widgets that can highlight the changes of app current state is so cool! So far, so good! But there were more surprises… 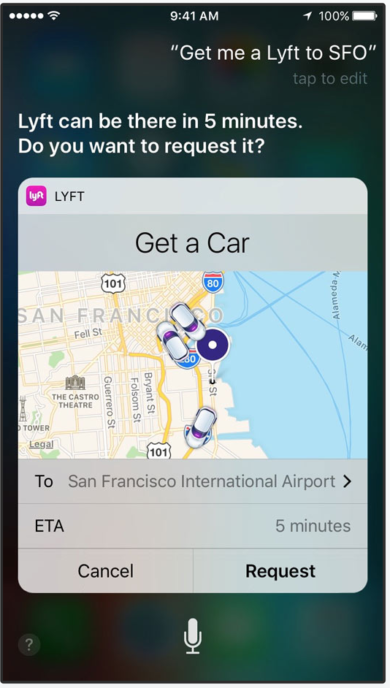 Did you watch Spike Jonze’s movie „Her” where Joaquin Phoenix played the main role? If you don’t, in the short digest, movie narrates about a writer that falls in love with operation system controlled by advanced AI with Scarlett Johansson’s voice. The new version of Siri is definitely bit closer to that image from the movie. Although Siri still can’t be a partner in a conscious conversation, she helps you do some things on your mobile device. She can guide your favourite apps from the App Store, so you can ask her to book Uber or send money to someone on your behalf. Apple granted developers the access to the new framework – SiriSDK, so now every app can use Siri in some range from voice controls beyond application. It is so futuristic!

New quality in the messages 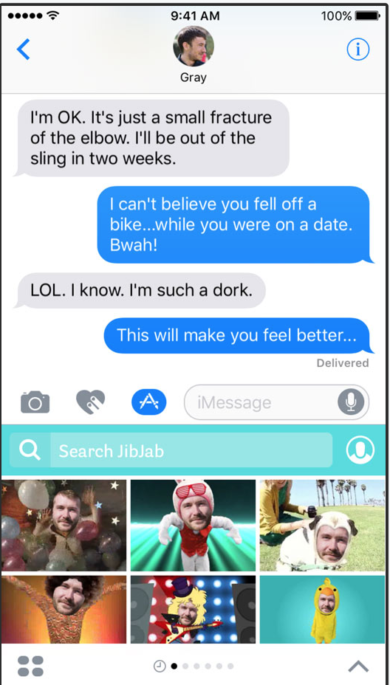 iOS 10 is coming with some interesting improvements for iMessage app. Be ready to share content, make payments and more, without leaving Messages. Additionally, these changes give you a powerful tool to express what do you feel – say things like „Happy Birthday”, „Congratulations” with animations that take over the entire screen. Control message bubble like your voice and surprise your friends! Add new stickers to your reaction or send a message with your own handwriting and the animation of the writing process. 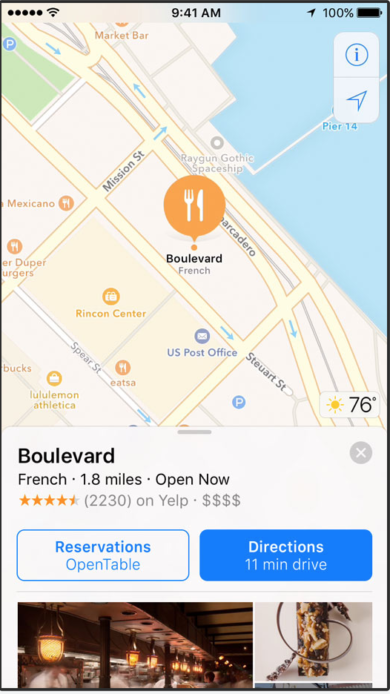 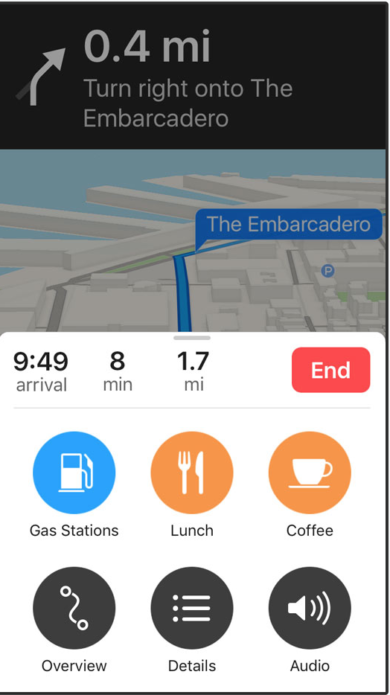 The newest version of maps gives user possibility to make a reservation directly from map view – you can book a place in your favourite restaurant or order Uber to your current location. Maps app can also suggest you the great places around that you should visit!

Apple has added new functionalities to photo albums – face and places recognitions that allow building an advanced network of dependencies. What does it mean for the regular iPhone user? iOS can create great shortcut movies from that database with chosen background music path. It’s something quite similar to summary and popular videos on Facebook but with a bigger dash. We can’t wait to create our personal video and share on social media.

Last but not least – iOS 10 supports phones only from the iPhone 5 and higher. It’s great convenience for UX designers because it was so hard to manage area on smaller devices. If you’d like to check all supported devices please visit link below:

Upcoming iOS version brings very cool stuff in it for both the regular users and the developers. Functionalities like rich notifications, new widgets and Siri new look, can help app owners gain a new level of quality in terms of UX. And if you can’t wait to official release, you can play around with the opened beta version. We’ve already had great fun testing iOS 10!